Sometimes when I talk about a greener, healthier Montgomery County that supports working families, I mention my personal and lifestyle commitments to saving energy, building solar, composting, bicycling, work place representation and other issues.

But energy and the environment are not the only issues that I have a personal connection to.  There are a number of issues that have touched our family and that Montgomery County can influence.

My wife, Donna K McGee, is an artist, so I have an interest in promoting the arts, not just in schools but also art in public spaces.

Donna is also an Early Childhood Educator and worked a number of years for Head Start. So I would advocate for quality, affordable childcare for all.

We have a grandson with mental illness.  He lives in Pennsylvania, so nothing I do here will help him.  But our mental health care system is broken and there are far too many people who need care and treatment for mental illness and/or substance abuse yet for most Americans it is simply not available. I will be an advocate for those with or caring for mental illness.

We also have a son who took his own life. I cannot begin to describe the number of issues that cuts across, including sexual identity. But above all, we can identify with those who have lost children. I will advocate to protect children from bullying, from guns, and for suicide prevention.

I have been a bicyclist for a very long time and Donna and I have taken countless bicycling vacations, including a weeklong bicycle camping trip along the Great Allegheny Passage and the C&O Canal.  As a bicycle commuter I have been on the losing end of too many encounters with cars. I will be an advocate for recreational bicycling, for bicycle safety and protected bike lanes.

I have back packed along stretches of the Appalachian Trail and other trails and I appreciate the rejuvenating power of solitude with nature.  I will be an advocate for accessible green spaces.

I learned to speak German as a young adult and so I appreciate the value of learning a foreign language but also the challenge, especially for a native English speaker. To learn a language, you must be willing to make mistakes.  Yet for the most part language instruction in this country begins in middle school or high school, the most self-conscious period in a person’s life. I will be an advocate for language immersion programs, dual language learning and ESOL (English for speakers of Other Languages).

What you can read next 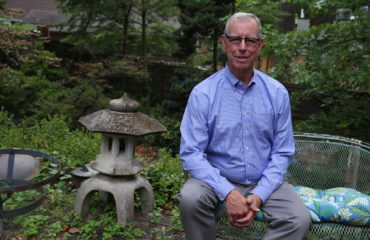 What unions mean to me